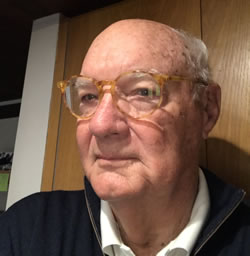 William E Davis was a recipient of the NCRA Medal of Honor in 2016. He was inducted into the University of Kentucky College of Law Hall of Fame in 2000. He was co-founder and President of DPK Consulting; He was Administrative Director of the Courts of California (1986-92) and Kentucky (1975-79); He was Circuit Executive for federal courts in Ninth Circuit (1981-86).

He was Personnel and Organization Officer at the Bahai World Center (1979-81); He was Regional Representative and Program Officer Acting Deputy Director of Peace Corps Chile (1968-71); He served on the National Spiritual Assembly of the Baha’is of United States (1986-2009); He is President of Esperanza Foundation (2010-).
Return to Board Member page