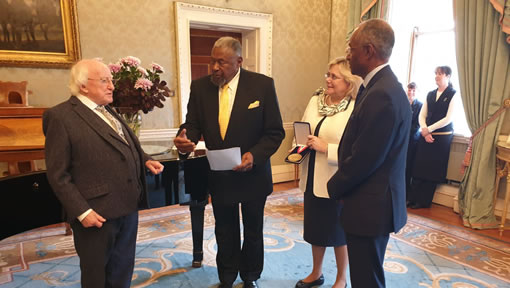 “The best race amity conference yet” was a frequently heard comment among veteran attendees at the ninth annual National Race Amity Conference held November 21-23 at the Boston Marriott Quincy. First time and veteran student attendees enthusiastically applauded anti-racist educator Tim Wise and ESPN’s Undefeated commentator Jesse Washington, both of whom gave plenary presentations during a day long Student Moral Mini-Clinic which has become a fixed part of the conference. Breakout sessions by Shanna Manning (We Are Still Here: Native Americans In the U.S.) and a powerful presentation by Aram Ferdowsi (From New Immigrant to World Citizen) garnered repeated comments of “awesome” and “dope” from young attendees. The conference also offered an introduction of two social action programs that engage people in addressing environmental issues through cross racial friendships and collaboration, the Small Farmers Alliance and Amity Africa Great Green Wall Project. The tone for the overall conference the theme which was “Finding Our Paths to Bridging The Racial Divide”.

The Race Amity Medal of Honor Program which has become the signature opening event of the conference was also a conference highlight.

The 2019 Medal of Honor Recipients were

CEO and Founder of Idea Connections and Mosaic Partners

Co-Founder of the Center for the Healing of Racism

Click here to view downloadable photos from the conference